An example for how to share a single Dockerfile defined in a repository for both local development using VS Code dev containers and CI/CD with Azure DevOps Pipelines.

Note: The source code for the sample project mentioned in this article can be found here. While the sample code for this project is in GitHub, this example would work the same were the repository located in an Azure DevOps Repo. If you'd like to configure a similar setup using GitHub Actions instead of Azure Pipelines see this post.

Azure Pipeline Container Jobs allow you to build and deploy your application from within a defined container instead of simply on the host the Pipeline agent is running on. These provide a fantastic way to provide a consistent build environment that includes any needed dependencies and configurations for CI/CD or other types of automation.

Using containers for developing and builds solve a lot of problems separately, but this still leaves teams open to the "it works on my machine" problem if different container definitions are used locally vs. for your builds. However, through some simple configuration it is possible to use the same container definition for building with Azure Pipelines as you do for development with dev containers. This POC project attempts to demonstrate one way of doing so. 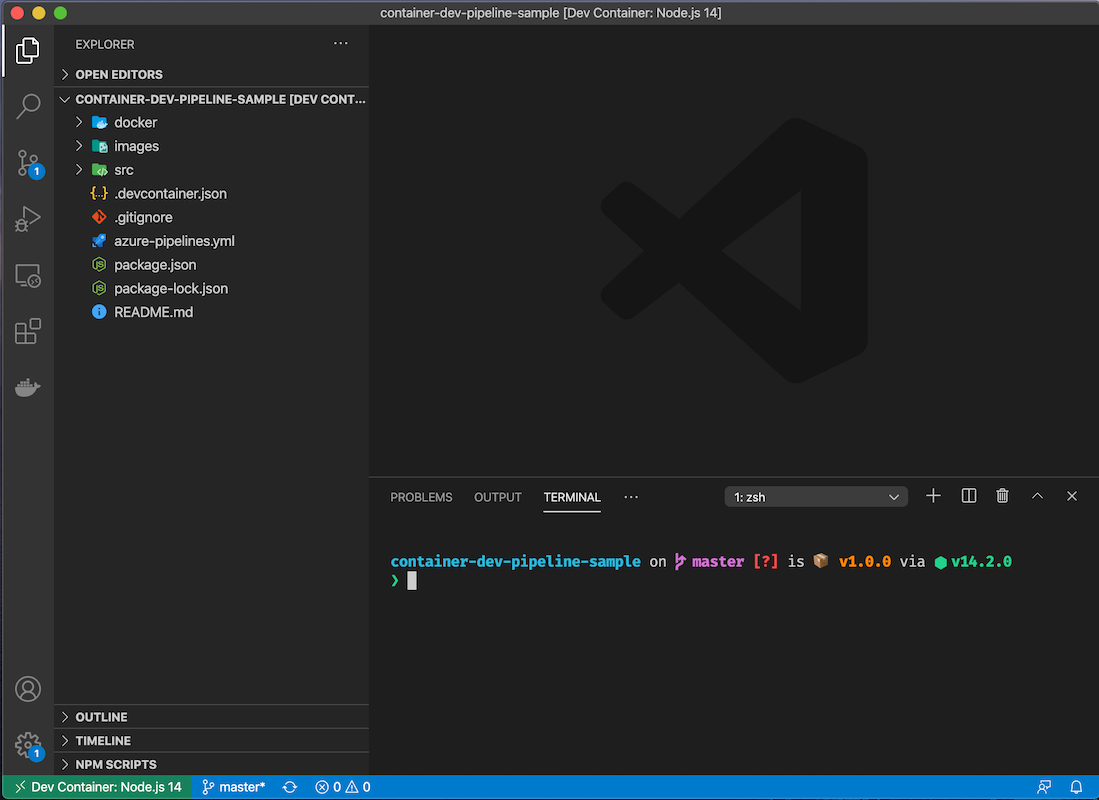 In this example, the Pipeline definition is set to run on pushes the master branch or for pull requests, and pull request are set to require a comment by a maintainer before triggering in the Azure Pipeline configuration (in the UI).

The first job builds and publishes a container based on the Dockerfile in the repo to an Azure Container Registry instance defined as a Service Connection for the Azure DevOps project named PocAcr.

The second job is an Azure Container Job which pulls and runs the container published to the container registry in the previous step, running the entrypoint bash script within the container instance.

entrypoint.sh executes the two npm scripts we manual ran from within the devcontainer in VS Code earlier.

Note that ripgrep is not installed by the ubuntu-latest hosted agent we are using in this Pipeline, so in order for our example script to work we need it to run in our defined container.

To see the Pipeline run, simply fork and provide a PR to this repo with an innocuous change to this README.md file. After I initiate the Pipeline using a comment trigger, when the Pipeline is finished running you should see...

...by clicking the link to see the details of the Pipeline run in Azure DevOps from the PR page. 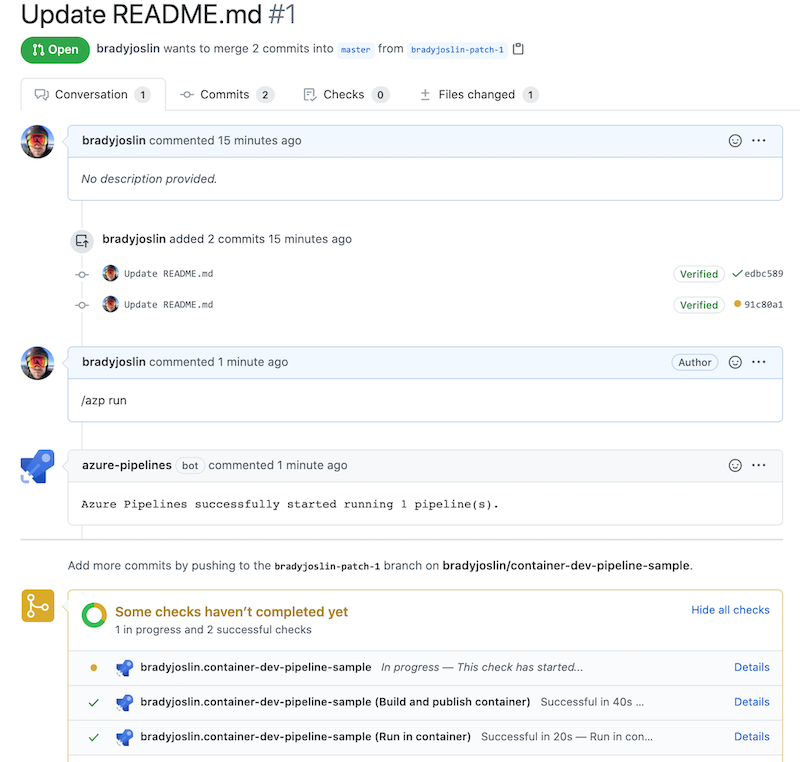 ...and clicking View more details on Azure Pipelines, then Run in Container, then the Bash step. 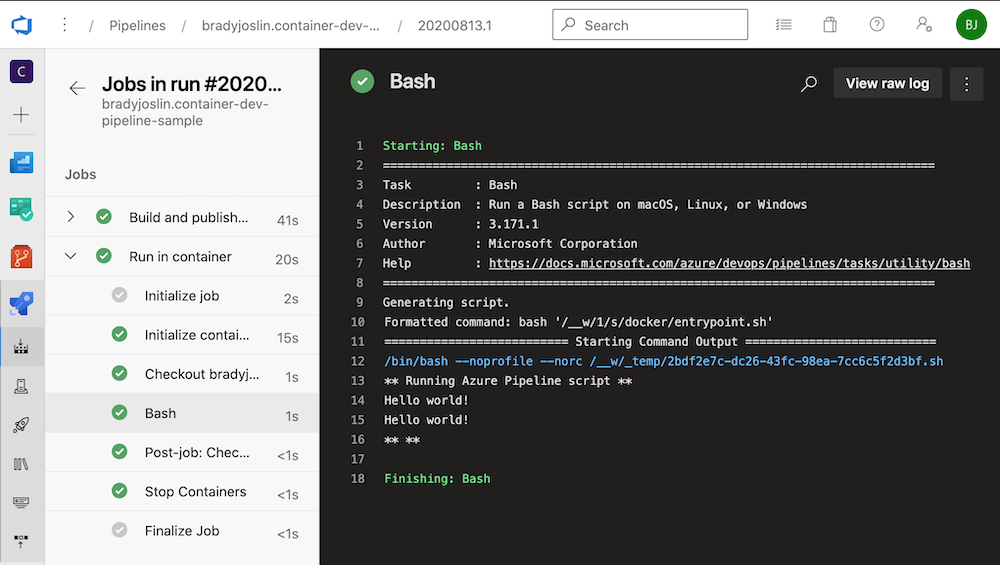 In a real-life scenario you may want to separate these jobs to different Pipelines, only building and publishing your container when updates to the Dockerfile are made, but both were combined here for simplicity.